From Brera to Corso Como

Culture, art and design are the denominators of the Brera District:
in  Brera street you will find the Pinacoteca (Brera ‘s picture gallery) and The Academy (which collects the masterpieces of Italian painting) and the historical Library Braidense.

Between Via Fiori Chiari and Via Fiori Scuri, there are the designer shops, vintage and antique curio, ideal for exclusive shopping.

In the evenings, clubs and restaurants, is the goal for a trendy aperitif, a typical Milanese and exclusive dinner.
Brera, one of the most historic districts of the city, is widely regarded as one of the most authentic legacy of the ‘Old Milan’. Beyond the historical character of the whole area – once a destination for artists thanks to the Art Gallery and the Academy, now more ‘fashionable’ – let us close is imperative. A little ‘for the charm of its narrow streets, a bit’ for the sake of getting lost in the courtyards hidden behind the facades of the houses, the oldest antiques fair in Milan (his birth dates back to 1981) is just a great excuse to take a Sunday stroll in the heart of Milan.
If you happen on the third Sunday of the month, the day that has always held the Brera market can see the unobtainable and wonderful things.

The Brera Pinacoteca, born under Austrian rule, collects works of the great masters of the Italian Renaissance, including the Marriage of the Virgin by Raphael, the Madonna and Child by Giovanni Bellini, the Crucifixion of Bramantino.
There are also important foreign artists: do not miss the five paintings by Rubens, Joardens, Van Dyck and Rembrandt.
Inside the building of the Pinacoteca di Brera is the Brera Academy, where students from around the world come to study the art of sculpture and Italian painting. 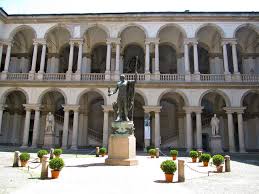 THE HIDDEN BEAUTY OF THE BOTANICA GARDEN
Behind the Art Gallery, a little jem  enjoy moments of relaxation:

The Orto Botanico, managed by the University of Milan, since 1774 invites to a break before getting back on track.
Free entry

The Brera district is also San Marco
Walking among the palaces and the walkways of Brera, you will find the Church of San Marco, nestled in one of the most picturesque corners of the lake. At really two steps from the subway stop Lanza (underground MM2, green line), the Church of San Marco (1254) has a monument to the history of milan: here he lived for three months, the young Mozart , in 1874, Giuseppe Verdi conducted the “Messa da Requiem” in memory of Alessandro Manzoni.

Outside the Church you can find a Cloister of other times. 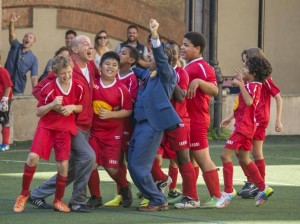 this historic cloister was also chosen to shoot a scene of the film by Aldo, Giovanni e Giacomo actors:

“The rich, the poor and the Butler”
Via s. Marco, where once he passed the Canal (now buried), is a street full of palaces and historical places.

San Marco street as it once was 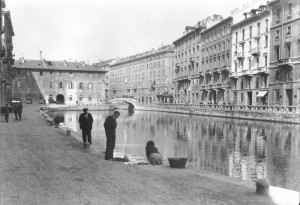 In addition to the Church of San Marco to visit is that paleocristiana di San Sempliciano (with his oratory, happy oasis for children), one of the 4 basilicas founded by Saint Ambrose in the fourth century.

Next to the Oratory of San Simpliciano, found the University of Theology in the North. To visit the cloister spectacular.

A very cute to see leaving Via Brera is Via Solferino. Here you will find many shops and bars. For a quick break or an Italian breakfast, I recommend the Bakery-Café Marinoni, open from 6.30 in the morning.

Continuing on Via Solferino, the historic home of the milanese newspaper Corriere della Sera.

Locations tested by us:

Restaurants tested by us:

From Porta Garibaldi to Corso Como

From Brera you can head toward C.so Garibaldi and enjoying a brisk walk between rooms, restaurants and shops you will arrive in  XXV Aprile square. At the center of the square stands the arch Porta Garibaldi. Porta Garibaldi is one of the six main gates of Milan, characterized by the presence of caselli sentry boxes.

On the square of XXV Aprile is located on the majestic EATALY,  built where for decades there was a historical treatro of Milan, Teatro Smeraldo. EATALY is the home of Italian delicacies and home to several restaurants, one better than the other.

Eataly is a must on a culinary tour, where you can find all kinds of delicacies.

Continuing the journey you arrive at corso Como that over the years has seen the opening of numerous clubs and has established himself as one of the centers of nightlife.

Here besides several bars where you can have a drink, in this area there are many kind of restaurants an bars. 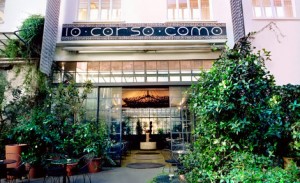 Locations tested by us:

Restaurants tested by us: