Starting from the Duomo and walking along the Via Torino you are in the Ticinese quarter.

Arrived in this neighborhood we find ourselves in front of the majestic columns of San Lorenzo, opposite the magnificent Basilica of San Lorenzo. Besides being a splendid view of Milan, it is an evening meeting place for the Milanese boys and the starting point for a long night with friends. 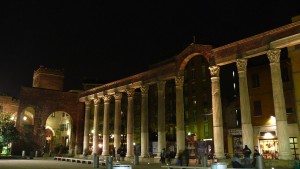 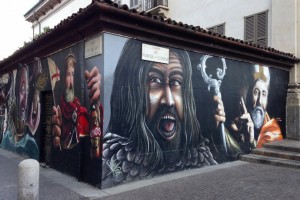 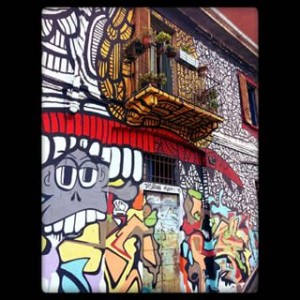 When you arrive at the Park of the Basilicas to take a little relaxation or to bring your children to play, think of how much I’m going to tell you…Where today there is a green area where you hear the birds chirping , the children playing until the night lingers the joy of the milan movida, a time you were burning heretics and witches. Processes were instituted against the women or the men of the people, with the charges as varied, or simply because he was physically strange or told strange things.

Piazza Vetra (the square that took its name from the channel Vetra) placed between the Basilica of San Lorenzo and the Navigli, was for centuries the place appointed for the torture and death of the milanese condemned for different crimes. The mal not happened, a witch or a sorcerer that was-was tied, crossing a wooden bridge on the channel of a Wind, and reached, in the middle of the crowd screaming and delirious the gallows.
Where there is the statue of St. Lazarus, the Martyr, its them,…Behold, the gallows was right at that point!

The Navigli until the NINETEENTH century, it was the port area of the city: the channels connecting Milan with Lake Maggiore, Lake Como, down the Ticino and the Po. Today it has become one of the liveliest places in milan! In the summer the local pool and the lights reflecting on the water courses make for a pleasant walk in the evening.
From the Naviglio Grande, (the most important) and the Naviglio Pavese, came the barges (now converted into local), with the marble needed to build the Duomo of Milan.

Still today you can see the small streets in the historic ” Vicolo dei lavandai”, where once the women washed their clothes and the courtyards of the tenements where still today you may see artists at work , all the lovely places, where the imagination could go back in time . 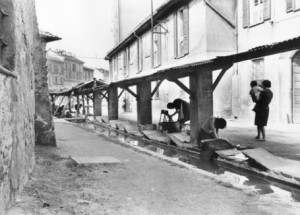 APPOINTMENT TO THE MARKET

For Vintage lovers should not miss is the last Sunday of the month.

On this occasion the Navigli, host exhibitors from all of Lombardy to the Mercatone Navigli district.

Banquets that populate the Canals are about 400 where your curiosity can indulge between jewelry, paintings, coats and hats, especially vintage, just as if you had hit found in Grandma’s attic. The temptations will chase you, and you’ll find yourself let a PIN, now a ring, a necklace of 30 years.

You can not miss a visit to the Church of Santa Maria delle Grazie al Naviglio.

Also on the canals you can take part in tours of beautiful sailing along the Canal (tour bellissimi navigando lungo il naviglio.)

In the Navigli district especially from spring to autumn, the happy hour is a ritual.

From 6.00 pm all locals on the canals are filled with tables and couches off the premises (the entire area is pedestrianised), or inside the barges that float in the water.

We highlight two great restaurants tested by us:

1)FASHION DISTRICT AND HISTORICAL CENTER
2)FROM THE MEDIEVAL HEART OF MILAN TO THE CASTLE
3)TICINESE DISTRICT AND  NAVIGLI
4)FROM BRERA TO CORSO COMO
5)PORTA NUOVA DISTRICT AND ISOLA DISTRICT
6)CHINATOWN
7)OTHER DISTRICTS: sports district, Bicocca district
8)THE PARKS
9)TRIPS: 50 KM FROM MILAN